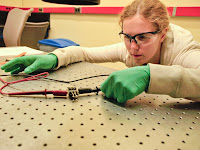 "Today's monumental scientific and societal challenges depend greatly upon engineering know-how for advances in biology, medicine, clean energy and nanotechnology," Brown President Ruth J. Simmons said. "The Corporation's approval of a School of Engineering underscores our commitment to maintain and enhance the engineering curriculum and research activities that attract the brightest students and the highest caliber faculty."

Many recent studies, including a 2008 report from the National Academy of Sciences, note that a comprehensive and coordinated effort is urgently needed to bolster the nation's competitiveness and pre-eminence in the physical sciences. A school of engineering will support the University's continued recruitment of outstanding faculty and students and its strategy of building on existing strengths in energy and the environment, biomedical engineering, nanotechnology, photonics, solid mechanics, and the mechanical behavior of materials.

Developing engineering as a school has been a work in progress for more than a decade. The idea received strong support from President Simmons, whose Plan for Academic Enrichment has expanded research and faculty across the University. A team of engineering faculty led by Rodney Clifton, the Rush C. Hawkins University Professor of Engineering and interim dean of engineering, presented a School of Engineering proposal to the Provost's office in December 2008. Clifton will continue as interim dean until a founding dean is named.

"We are grateful to the administration, the faculty and the Corporation for supporting our proposal," Clifton said. "By establishing a School, Brown has taken a big step toward raising its historic and renowned engineering program to a new level. This action ensures that Brown engineering will play a significant role in addressing the science and technology challenges that our society faces and will remain competitive nationally and internationally."

"The University community is grateful to Dean Clifton for shepherding the School of Engineering proposal to its successful vote today," Brown Provost David Kertzer said.

The School of Engineering expects to increase its share of external funding for research through faculty growth in areas of national importance and by expanding collaborative efforts with colleagues throughout the University.

"The federal funding agencies are increasingly interested in applied and translational research, the type of scientific investigation that helps solve societal problems," said Clyde Briant, vice president for research and professor of engineering. "Having a strong engineering school at Brown will undoubtedly help our faculty and students compete effectively for federal research dollars and contribute to solving challenging problems."

Established in 1847, the undergraduate engineering program at the University is the oldest in the Ivy League and the third oldest civilian engineering program in the country, preceded only by Rensselaer Polytechnic Institute (1824) and Union College (1845). In 1916, the departments of civil, mechanical, and electrical engineering were merged into one Division of Engineering with a common core of basic engineering courses. This model has been preserved, ensuring that faculty and students engage in an integrated, interdisciplinary approach to engineering. 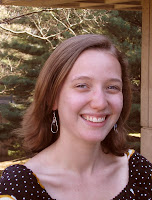 The Tau Beta Pi Fellowship Board announced the selection of 102 Scholars from 389 applicants for senior- year study in the 2010-11 academic year. Scholarships were awarded to members on the competitive bases of scholarship, campus leadership, and service, and promise of contributions to the engineering profession, with consideration given to economic need and academic commitment. We are pleased that Brown Chemical Engineering student, Aminy Ostfeld was honored with one of these scholarships.

Here is a biography statement written by Aminy:

Since I was young, I have been passionate about environmental sustainability, and I have hoped to devote my life's work to solving some of the many environmental problems plaguing our world today. After coming to college I realized I wanted to study renewable energy generation, and since knowledge of both chemistry and engineering principles is essential for research in this field, I decided to concentrate in chemical engineering. I have recently begun a research project to improve the efficiency of photovoltaic cells, a subject I find so fun and important that I plan to continue working on it for the foreseeable future. Through Brown's engineering program, I have already learned skills useful for this area of research. I'm sure these skills, and those I learn in the remainder of my Brown experience, will come in handy for graduate study and my career.

I am immensely grateful for the opportunity to study engineering at Brown and participate in Tau Beta Pi. Membership has helped me share my excitement about engineering and research with others, through outreach presentations at local high schools as well as interaction with other Brown engineering students. I believe the organization's support, including this scholarship, will help me realize my dream of becoming a successful engineer.
Posted by Communications at 2:15 PM 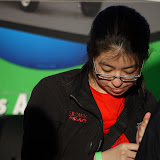 The Formula SAE team recently returned from Michigan where they competed in the annual May race.  FSAE is a student car design competition organized by the Society of Automotive Engineers.

You are welcome to stop by the Barus and Holley patio to congratulate the team on their hard work on Wednesday, May 19, 2010 from 12 to 2pm.

(Click the photo to the right to see more photos)
Posted by Communications at 7:12 PM 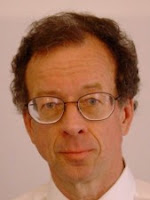 Researchers at Brown University and Stanford University have launched a $14.9 million project geared to developing new brain micro-implants that can both sense the brain’s electrical signals and deliver optogenetic lightpulses to neural tissue.

The project, funded by a two-year Defense Advanced Research Projects Agency (DARPA) grant, is being led by Krishna Shenoy, a Stanford researcher, and Arto Nurmikko, a professor of electrical engineering and physics at Brown.

For more information visit the Providence Business News.
Posted by Communications at 1:34 PM

Engineers Without Borders recently completed the task of creating an hourglass as part of an OXFAM collaboration to promote hunger awareness. The hourglass drops marbles at a 3 second interval - the same rate that a child dies of hunger throughout the world. To learn more about this project, check out the EWB student team in action:

Posted by Communications at 5:12 PM

Brown students enrolled in Entrepreneurship & New Ventures ENGN1930x course consistently do well in the Rhode Island Business Plan Competition. This year Speramus, which developed its business plan in the course last semester, won the student track. The company is creating an online fundraising platform that uses a proprietary ranking system to match donors with individual support opportunities. In addition, Bakodo which developed its business plan in the course last year was runner up in the entrepreneur track. The company is focused on developing a highly-targeted, contextual barcode ad-serving network that aims to optimize return on investment for advertisers. For more information on this year's winners, visit here.

Last year's winner, Runa, who also developed their business plan in the Entrepreneurship and New Ventures course continues to make excellent progress. They have successfully raised funds from angel investors, successfully built out their vertically integrated supply chain in Ecuador, and begun selling their initial tea products in both loose leaf pouches and single serve bags. If you are interested in trying Runa, feel free to buy a cup at Blue State in Providence which now proudly serves it! You can read more at www.drinkruna.com

In addition the runner-up from last year, Eulie has also grown from the intial business plan they developed in the Entrepreneurship and New Ventures course. Both founders raised capital to work full-time on Eulie, developed and successfully tested a novel patent-pending fabric combination that is leak proof, and designed products that will be used to approach retail buyers later this year. You can read more at www.eulieintimates.com
Posted by Communications at 7:03 AM

Richardson elected Honorary Fellow of the Royal College of Physicians 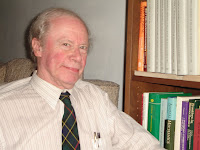 Professor Peter Richardson, has been elected an Honorary Fellow of the Royal College of Physicians, founded in London in 1518 with a Charter from King Henry VIII.

“I am deeply honored,” he said, “William Harvey was not even born when the College was founded, but he was a leading light of the Royal College of Physicians and a devoted supporter of it, as have been many other famous contributors to the science and practice of medicine before and since. It is known I have been interested in some aspects of the circulation of blood in the conduct of research for four decades, and the College is very generous in inviting me into its ranks, a very rare honor indeed.”

With one of his doctoral students, Leigh Abts, and some colleagues Richardson helped found MicroPure, a Rhode Island company which started from technology developed for operating room use during cardiac surgery and spun it off into uses for microprocessor manufacture and secondary oil recovery; the company was sold later to a large process-industries company. “Technology transfer can work both ways between medicine and engineering,” Richardson notes.
Posted by Communications at 7:32 AM